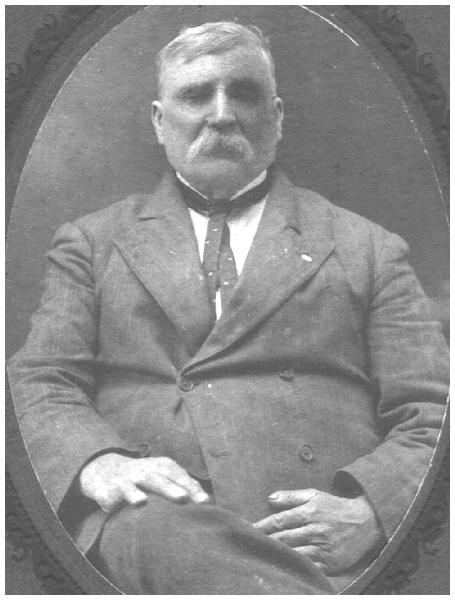 J. W. Ingram is a substantial farmer and miller of the county, and as such deserves honorable mention in these pages. As he was born in this county, May 8, 1839, the people have had every opportunity to judge his character, and he was won the conficences and esteem of all.

He is a son of James P. and Rebecca (Mansker) Ingram, the former having been born in Virginia, February 5, 1800, and the latter in Tennessee, March 6, 1811. James P. Ingram was removed by his father to Kentucky in 1805, and there remained until 1824 when he was removed to Randolph County, Ark., and settled on what is now known as the Old Ingram Farm, on the military road, six miles southwest of Pitman's Ferry.

Here he lived from 1834 until he died, August 12, 1874, at the age of seventy-four years. His widow resided on the farm for fifty-three years, and died on the 27th of June, 1888, at the age of seventy-seven years, three months and twenty-one days. She came with her parents to this state in 1817, and lacked only a short time of having lived here seventy years.

Mr. Ingram was an industrious agriculturist, and accumulated property to the amount of 1,000 acres of land. He served as a constable eight years, justice of the peace six years, and judge four years.

He was married on the 12th of April, 1825, his wife being only a little over fourteen years of age at that time. Their family consisted of eleven children, the following being those who are now living: G. H., a farmer of this county; Leddie B., wife of H. H. Hatley; and J. W. Those deceased are Lurana, wife of W. P. G. Johnston, and Hannah F., who died at the age of twenty years; the rest died in childhood or infancy.

J. W. Ingram commenced life for himself at the age of eighteen years, and was married then to Miss Rebecca M. Mansker, their union taking place on the 12th of April, and to them the following children have been born: M. E., wife of W. C. Smith of this county; Martha R., wife of William Jolly, of this county; W. G. C.; Sarah L., wife of Robert G. Johnston, being those living; a d L. V. J., the deceased wife of Benjamin Phipps, and Mary L., who is also deceased, having been the wife of F. M. Ezell.

Mrs. Ingram's first union took place on the 2d of July, 1871, and she bore her husband three children: Sarah L., born December 10, 1872, and Thomas J., born August 3, 1877, being the only ones living. Mr. Tilley was born in Tennessee, and died on the 12th of February, 1882, having been a member of the Missionary Baptist Church. While serving in the Confederate Army he lost all the fingers of one of his hands, and was discharged from the service.

Mr. Ingram, the subject of this sketch, also served in the Confederate Army, joining Company I, Shaver's Regiment, on the 8th of August, 1863. He surrendered at Jacksonport, Ark., June 5, 1865, having been with Price on his raid in Missouri.

During this time he lost all his property except his land; but this he returned to, and began to improve, erecting in 1869 a cotton-gin, which he continued to operate until 1878, when it was burned to the ground. The loss is estimated at $3,500.

On the 17th of January, 1873, he was taken ill with erysipelas and by the 21st of that month he had lost his eye sight. He is a wealthy farmer, owning 1,100 acres of land, with some 248 acres under improvement. He has a steam cotton-gin, seventy head of cattle, twelve head of horses and mules, and numerous other domestic animals.

Although blind, this does not deter him from work, and he can readily bind wheat and oats, feed a threshing machine or steam cotton-gin. He is a member of the A. F. & A. M. , and is a Democrat. He and his wife are church members, he belonging to Methodist and wife to the Baptist Church.