Randolph County, Arkansas, has been the home to Manskers since around 1817, when George and Elizabeth, along with sons George Jr. and William, moved there.

Just east of Maynard, Arkansas, in Randolph County, there is a small Mansker cemetery. It is just off Fowler Road, on a high hill, on land now owned by the Smith family. 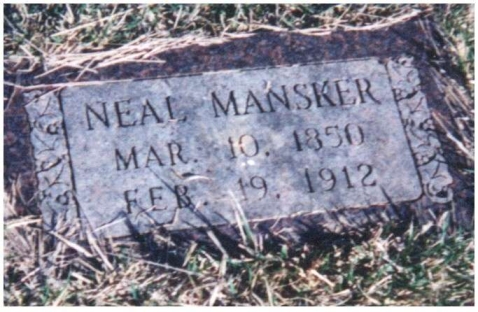 A book in the Randolph Co library entitled Randolph County Cemeteries and Burial Sites by Margaret Barnhart says that C J Mansker, wife Sarah and their 2 daughters Ava & Daisy, are buried in this cemetery:

However, this account has been pretty much discounted by local researchers. In reality, Daisy and Ava/Eva Mansker (twins) are not buried in the cemetery. It appears, however, that Cornelius Mansker and Neal Mansker are in fact the same person. Ava's obituary states that her father was named Neal Mansker. The 1900 census lists his birthdate as March or May (the writing is unclear), 1850 -- the tombstone lists March 1850. On the other hand, according to the Arkansas Death Record Index, Cornelius J Mansker died Feb 24, 1914, which doesn't gibe with the date on the tombstone.

Incidentally, the 1900 census does not list the twins, but the census was taken on 20 June 1900, and they were born on 22 June 1900. The census does list C J, his wife Sarah, 17-year-old daughter Estella, and 14-year-old son Cornelius. The son was also known as "Bud" and he later developed a unique set of legal problems all his own (see the Inquiries page). 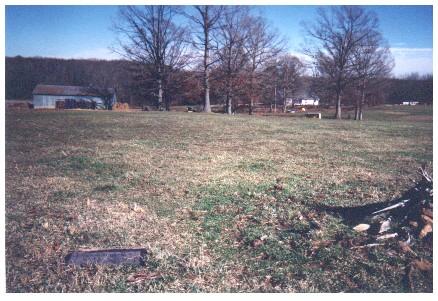 A View of the Two Graves 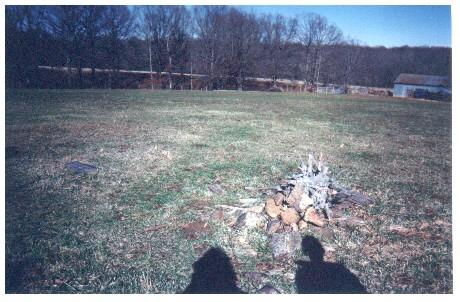 Another View of the Two Graves

Panoramic View of the Pasture Behind the Graves.

Thanks to Flora Mansker This email address is being protected from spambots. You need JavaScript enabled to view it. for providing us with the photographs.